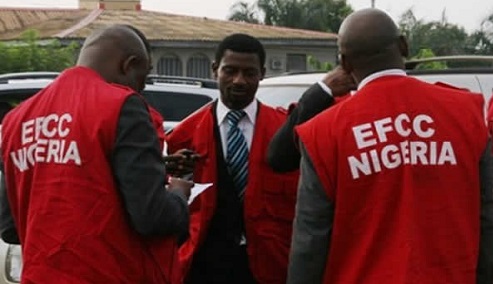 In a continuation of the probe into how the Peoples Democratic Party allegedly bribed some officials of the Independent National Electoral Commission before the 2015 presidential election, the Economic and Financial Crimes Commission has arrested an oil tycoon, Mr. Laitan Adesanya, for his alleged role in the $115m (N23bn) bribe funds.

It was learnt on Sunday that Adesanya, who is the Chief Executive Officer of Lenoil Nigeria Limited, was arrested by the EFCC in Lagos on Friday.

Adesanya was alleged to have handed $1.85m to the bank based on the instruction of a former Minister of Petroleum Resources, Diezani Alison-Madueke.

Diezani was also alleged to have given the bank MD $26m in cash which was ultimately disbursed to officials of the Independent National Electoral Commission ahead of the 2015 presidential election as bribes.

A reliable source at the EFCC said Adesanya was in the custody of the commission in Lagos and was being grilled as of Friday.

He said, “We are asking him about the $1.85m he dropped and what purpose it was supposed to serve.”

According to the United Kingdom Financial Times, Adesanya is an international oil businessman, who has been in the business for decades. The newspaper states that Adesanya made huge profits during the military administrations of the 1980s and 1990s.