#GandujeGate: Kano State House of assembly sets up panel to probe bribery allegations against the governor 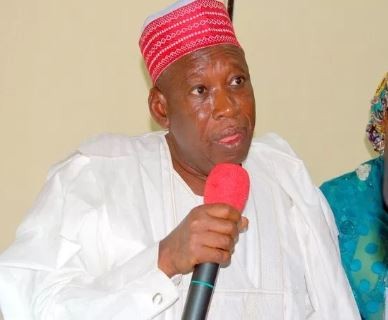 The Kano State House of Assembly has set up a seven-man committee to investigate the authenticity of the alleged video clip of Governor Abdullahi Umar Ganduje receiving bribe from a contractor as published by an online newspaper last week.

Madari pointed out that the Assembly has the mandate to investigate any matter concerning the state aimed at ensuring peace and harmony in the state. Speaking during the plenary session, the majority leader, Baffa Babba Danagundi, advised the executive arm of government to halt the filing of a case before a court of law on the alleged video clip by the online medium.

Baffa said the state Assembly has the constitutional mandate to investigate the issue. The matter was deliberated upon on the floor of the house presided over by the speaker, Kabiru Alhassan Rurum.

Speaking while ruling on the deliberation, Rurum constituted a seven-man committee to investigate the matter and submit its reports within one month. The committee is headed by Mr. Baffa Babba Danagundi, the majority leader. Other members are Labaran Abdul Madari, Zubairu Massu, Garba Yau Gwarmai, Abdulaziz Garba Gafasa and Abubakar Uba Galadaima, while Mr Mujitaba Aminu would serve as the committee’s secretary.
Posted by Ken on October 16, 2018