Killings rising because President Buhari thinks he knows everything - PDP 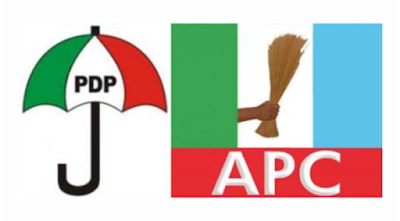 The Peoples Democratic Party has alleged that the myriad of crises facing the country is as a result of the know-it-all posture of President Muhammadu Buhari.

It claimed that rather than seek help from Nigerians across party lines and beyond the shores of the country, the President had been carrying on as if he could solely rule the country.

The main opposition party said it was worrisome that months after he was declared the winner of the presidential election, the President had refused to nominate his ministers.

The National Chairman of the PDP, Prince Uche Secondus, spoke with our correspondent on Sunday in reaction to the killing of Mrs Funke Olakunrin, 58-year-old daughter of the leader of pan-Yoruba socio-cultural organisation, Afenifere, Chief Reuben Fasoranti, by gunmen on Friday.


Secondus said the country was fast drifting into anarchy, warning that there was no way investors would bring their money into a country where its citizens “are being killed like unwanted animals with the government just sending mere condolence messages without taking any concrete action to stop the killings.”

He said, “The killing of Mrs Funke Olakunrin is barbaric. It is sad. It makes me weep for the country. It is a pity that Pa Fasoranti is being made to witness this sad development at his old age.

“What prayer do we expect from the old man for a nation that cannot protect its citizens? Is this not a sign of a failed government? Killings every day and yet our government carries on as if all is well?

“We are in a mess in this country. We seem not to know the magnitude of what has befallen us. We have a President who is telling the world that he is under pressure to name ministers, five months after being declared the winner of a disputed election.”

He added, “You see, if the President has his ways, he will not appoint ministers because he believes he knows more than everyone. He will want to run the country like a king, forgetting that kings also have council of chiefs.

“How could he have told us that he wants to get those he knows and all that, after being in power for four years?

“President Olusegun Obasanjo picked many Nigerians with credible credentials to serve in his government. President Goodluck Jonathan appointed Prof. Attahiru Jega, whom he never met, to serve as the chairman of the Independent National Electoral Commission. You don’t have to fill the cabinet with your cronies. If you want unbiased advice and people who will genuinely disagree with you in your government, then don’t look out for your hailers; get your critics appointed as well.

He urged Nigerians to speak out, saying, “The country is drifting. We should not wait when we will wake up one day and found out we do not have a country anymore before we begin to regret not taking actions we ought to have taken.”
Posted by Ken on July 16, 2019