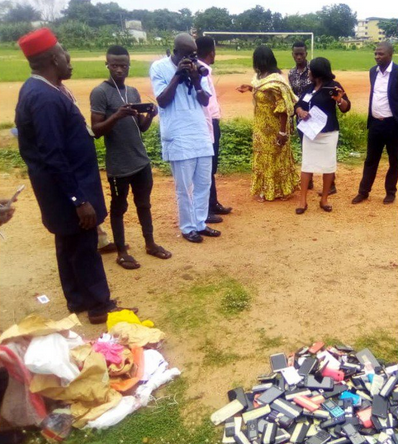 The Management of The Polytechnic, Ibadan on Wednesday destroyed no fewer than one thousand mobile telephones.

The burning of the items was supervised by a senior lecturer and the immediate past Deputy Rector of the Institution, Mr. Bayo Oyeleke.


Oyeleke, in his address, stated that the school authority usually warned students against taking mobile telephones to examination halls, but it was surprised that some students do not yield to the warning.

He said, “However, some students still go into the exam hall with their mobile phones which is against the rules and regulations of the institution.”

Oyeleke insisted that the action of burning the mobile telephones after they were seized was carried out in order to serve as deterrent to students of the institution who wish to further indulge in the illegal and inappropriate act. 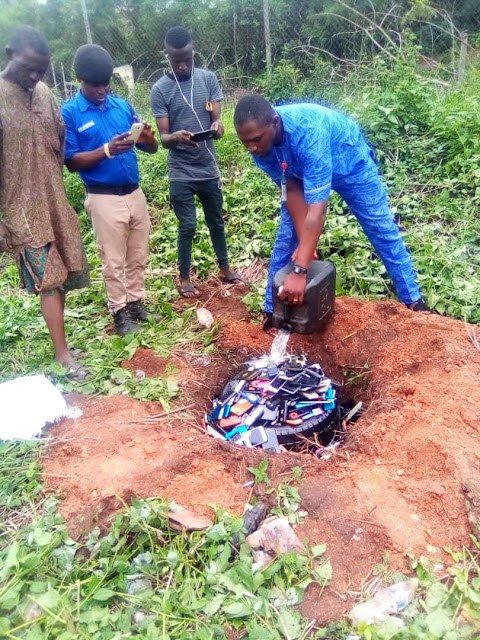 Email ThisBlogThis!Share to TwitterShare to FacebookShare to Pinterest
Labels: Education