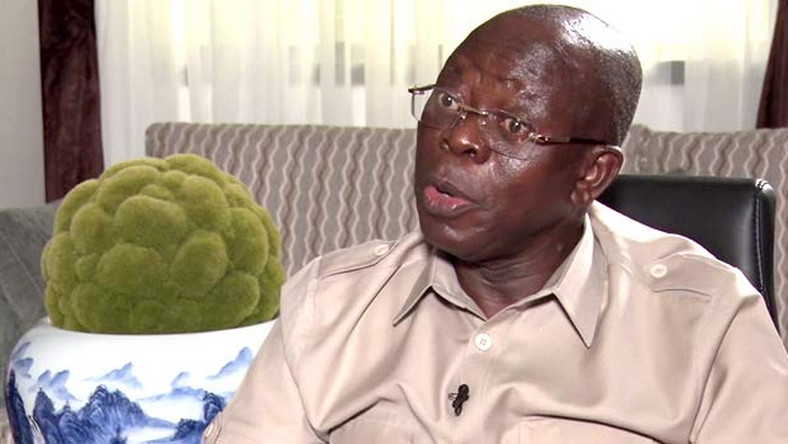 The Edo state chapter of the All Progressives Congress (APC) has suspended National Chairman of the APC, Adams Oshiomhole, “for his role in trying to disintegrate the party in the state.” 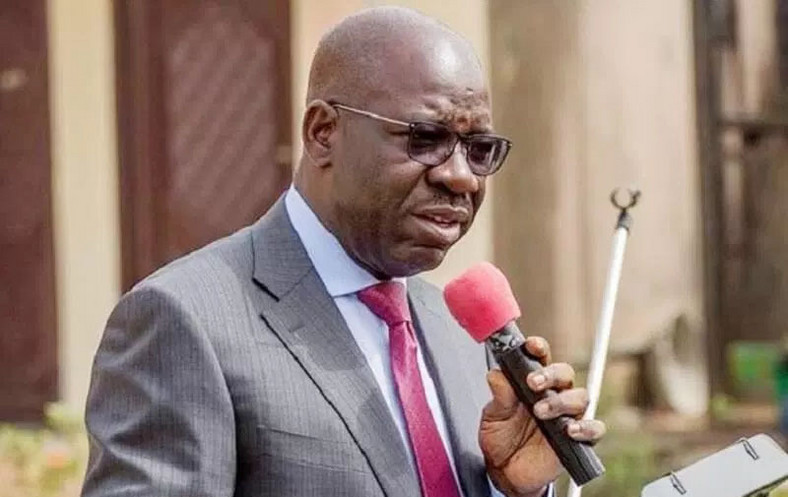 According to the APC Deputy Chairman in Edo State, Kenneth Asekomhe, “after the meeting of the State Executive Committee, in pursuant of Article 17, Section 5 of the APC constitution of 2014, as amended, we have passed a vote of no confidence in the state secretary of the APC, Mr Lawrence Okah. He is hereby removed from office."
The APC chairmen in the 18 local governments of the state also reaffirmed their support for the second term bid of Edo State Governor Godwin Obaseki.
The APC Chairman in Esan Central LGA and Secretary, Edo State APC Chairmen Forum, Mike Anakaso, said the chairmen passed a vote of no confidence in Oshiomhole for his role in trying to disintegrate the party in the state.

'We were forced to sack Oshiomhole'

However, the APC Edo State Auditor, Timothy Osadolor, and the Financial Secretary, Golda Oribhabor-Onwuka, said they were forced to sign documents that sacked Oshiomhole and Ojezua and that they were taken in commando-like fashion to the residence of the suspended secretary to sign the documents.
Osadolor said, “We were taken in a commando-like style to the house of the state secretary, where I was forced to sign the documents purportedly removing Anslem Ojezua.
“There were just eight or nine signatures on the document. My name was badly spelt. I didn’t draw their attention to it but had to play along by signing the document with a fake signature.”
In another twist in the tale, some APC local government chairmen in Edo denied that they had passed a vote of no confidence on Oshiomhole.
A statement by the leaders of the chairmen and chairman of the party in Etsako West, Mr Ibrahim Akokia, Suleman Bagudu (Etsako Central) and Lugard Alukpe (Owan West) said, “we are the chairmen of the party in the 18 LGAs and we are not aware of the meeting where a vote of no confidence was passed in the national chairman of our party, Oshiomhole, who is doing very well.
“Rather, we are aware that majority of the chairmen have suffered intimidation and harassment in the hands of the Governor Godwin Obaseki-led administration.
“Therefore, we chairmen have passed a vote of no confidence in Governor Obaseki, and the suspended state chairman of the party, Anslem Ojezua. They have not only failed the party, but the people of the state.
“Oshiomhole remains our leader and we pass vote of confidence in his leadership.
“We call on the National Working Committee of the party to expel Obaseki from the APC because he is on a mission to destroy the APC in Edo State, but we will resist it.”

Oshiomhole and Governor Obaseki have been engaged in a battle for supremacy and wits in Edo for a while now; and their relationship has all but collapsed. 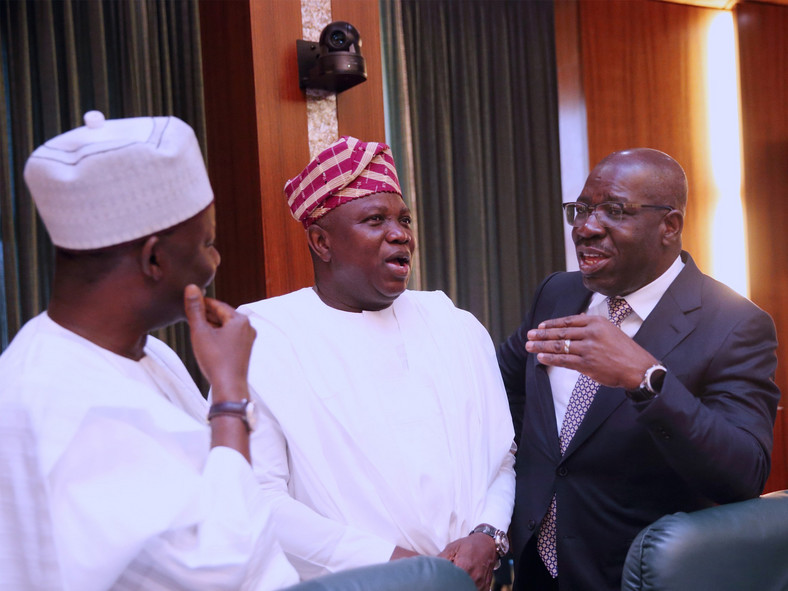 Obaseki who succeeded Oshiomhole as Governor of Edo in 2016, never misses an opportunity to denounce what he perceives as the overbearing attitude of his predecessor in the affairs of the state.
In early November, Obaseki subtly accused Oshiomhole of hiring the thugs who attacked him and the Oba of Lagos at the Edo University located in Etsako West local government area of the state.