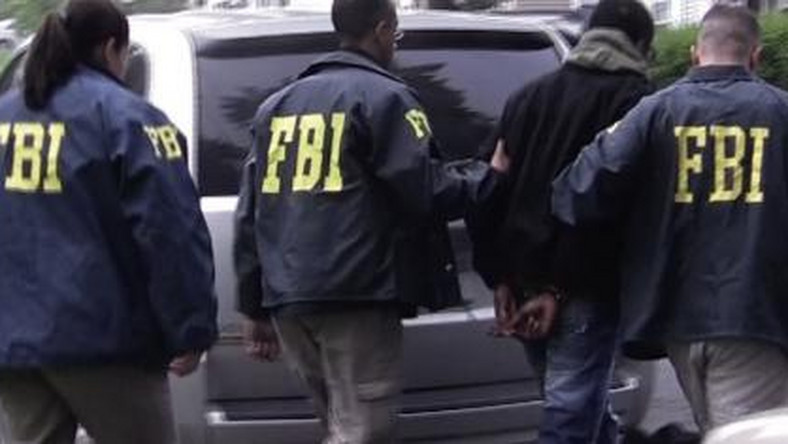 The indictment of the 10 Nigerians is said to be part of an ongoing effort to address online fraud schemes that target U.S. citizens from Nigeria.

For Illustration: Officers of the FBI have arrested some Nigerian men over money laundering and romance scam. (FBI)

Some Nigerian men arrested by the Federal Bureau of Investigation (FBI) in the United States have been charged with conspiring to launder illegal proceeds that were obtained as a result of romance scam operations.

The US Department of Justice announced the arrest of the Nigerians and their names in a press release on Wednesday, November 13, 2019.

According to the statement, five of the accused were arrested by the FBI in Oklahoma, one was arrested in Brooklyn, New York, another one was apprehended in California while the three others remain at large.

Reacting to the arrest of the Nigerians, the US Attorney, Trent Shores said, “Everyone is vulnerable to phone and internet scams, but seeing a romance scam and money laundering conspiracy that resulted in the exploitation of elder Americans is just shameful. United States Attorneys across the nation are working diligently to empower victims of fraud to speak out so that online scammers can be brought to justice.”

Also speaking on the arrest of the seven Nigerians, Melissa Godbold, FBI Special Agent in Oklahoma said, “These individuals used a conspiracy involving romance scams to prey on dozens of victims across the country, many of whom experienced significant financial loss. Today’s arrests demonstrate that the FBI and our law enforcement partners will not allow criminals to defraud innocent Americans.”
Names of Nigerians charged in the case.


America authorities said that investigation has shown that individuals that involve in romance scam to defraud victims in America are located in Nigeria.

In the press release, the US Department of Justice explains that the accused run the romance scam with some co-conspirators, who help them concealed the proceeds of the operation by moving money between and among multiple bank accounts that were opened using fraudulent identity.

“The individual told the victims they were U.S. residents working abroad. In fact, the investigation revealed that these individuals were located in Nigeria. At the early stages of the “romance,” victims would receive requests for relatively small gifts, such as iTunes gift cards and cell phones. As the relationships continued, the requests would develop into increasingly larger sums of money, with the claimed purpose that the funds were needed to complete overseas projects or to return to the United States.

“The victims were directed by the online romance scammers to send funds to the defendants’ bank accounts, among other things, assuring the victims that they would allocate the money as needed.

“The indictment alleges that once the victims sent the funds, the defendants funneled the money to accounts that they operated. These accounts were allegedly opened under various aliases in order to obscure the source of the fraudulently obtained funds. In a further attempt to conceal the source of the money, the co-conspirators also purchased salvaged vehicles and car parts to export overseas, usually to Nigeria, the indictment alleges”.

The indictment of 10 Nigerians according to the US Department of Justice is part of an ongoing national effort to address online fraud schemes often based out of Nigeria that target U.S. citizens.

Email ThisBlogThis!Share to TwitterShare to FacebookShare to Pinterest
Labels: Crime